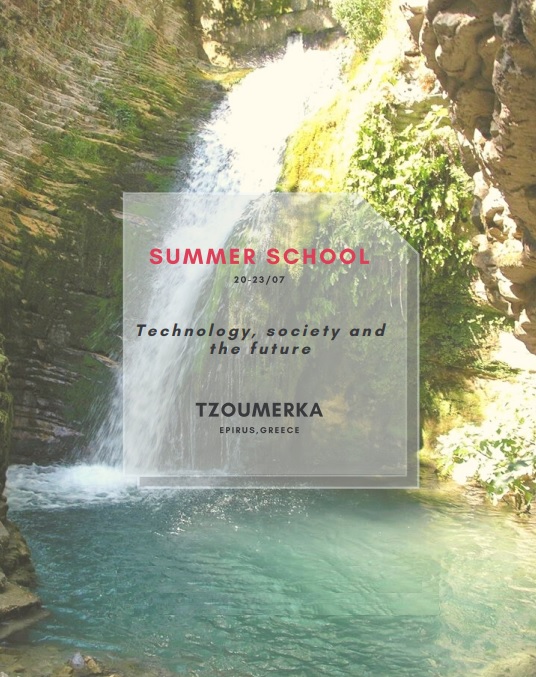 News from Nowhere is a utopian novel written in 1890 by William Morris. Morris imagined a world in which human happiness and economic activity coincide. He reminds us that there needs to be a point to labour beyond making ends meet. Capitalism, he explains, locks the capitalist into a horrible life, which leads nowhere but the grave. Morris’s utopian society has no government nor a monetary system. Craftwork has made “wage slavery” obsolete, and an elite version of parliamentary democracy has given way to new forms of cooperation. The means of production are democratically controlled, and people enjoy sharing their interests, goals, and resources. Is now the utopian vision of Morris within reach?

This summer school combined a theoretical and hands-on exploration of alternative techno-social trajectories. It took place in a mountainous village called Kalentzi, NW Greece, from the 20th of July until the 23rd of July 2022. Morris’s News from Nowhere was used as a starting point of a spellbinding tour on what technology is and the alternative trajectories of techno-social development. The participants discussed techno-determinism, using classical technology critiques to understand and see the power of techno-development. They also addressed ICT as a form of technology, debated specific fields of media, gaming, and fashion, and looked at the struggle between and against low-, mid-, and hi-tech over the last century and a half. They finally explored how to create a sustainable economy through the commons, discussing the phenomenon of “cosmolocalism”. The hands-on exploration was facilitated by Boulouki, an interdisciplinary research collective focused on traditional building techniques and materials, and included the workshop “Craft as a commons” focusing on traditional tar production technology and its potential implications for the commons.

Master students and local and international PhD students interested in technology and societal issues joined this summer school. Also, as part of the inter-member exchange program of the Distributed Design Project, Diego Ainse, research assistant at the Fab City Foundation, participated in the summer school.

This summer school is organised by the P2P Lab and financially supported by the European Research Council under the European Union’s Horizon 2020 research and innovation programme (grant agreement No 802512).