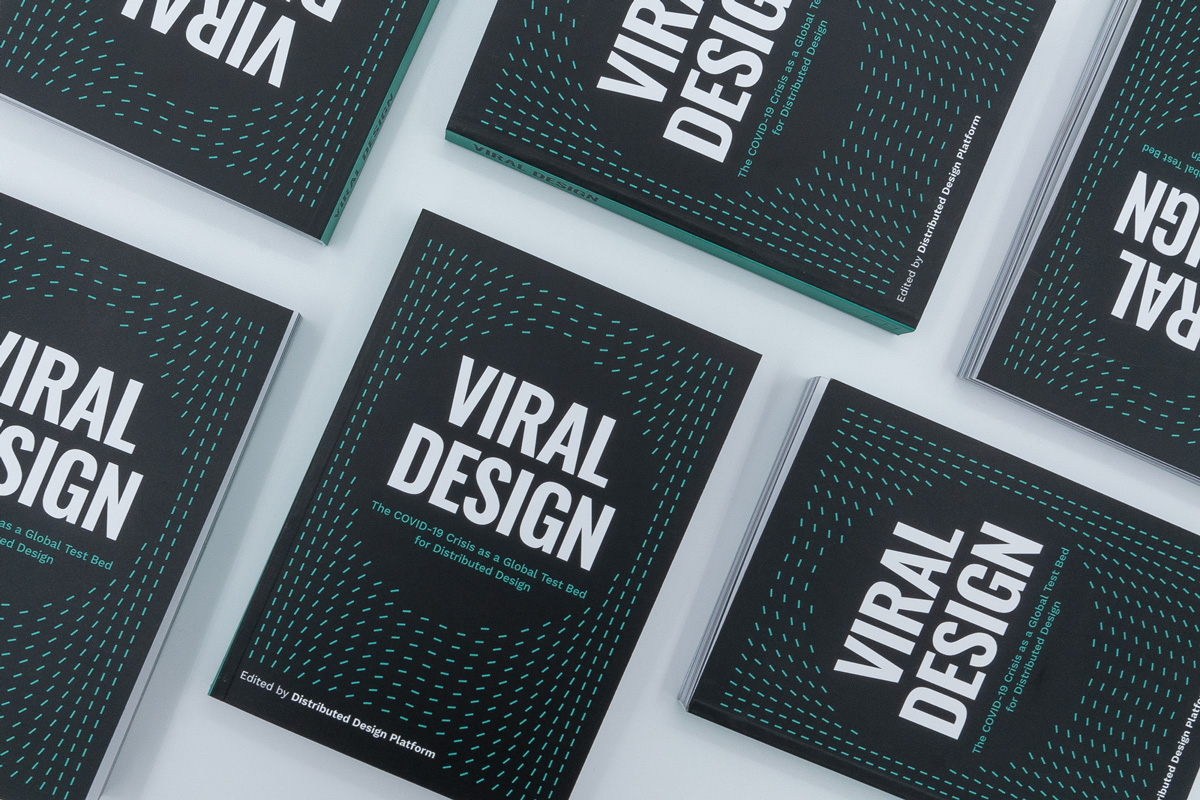 2020 will be remembered as a year of many challenges, but it will also seen perhaps as a turning point for the maker movement—a series of conditions that helped crystallize and accelerate distinct processes, networks, and making into new forms; into a state the collaborators of this book have called, “a living laboratory.” The lasting impact of such changes remain to be seen, but it is clear that for the global community of makers, designers, technologists, scientists, and creative experimenters of all kinds there are new ways of going forward.

A new report out by the Distributed Design Platform—Viral Design—captures the ingenuity, hard work, collaboration, and hope represented by the work of the past months. Supporting and connecting creatives, designers, makers, and innovators to participate in the creation of a new model of production and consumption, Distributed Design envisions a world in which “bits travel globally, while atoms stay local.” Viral Design asks the question: What is the experience of those working in distributed design during this time and how can we learn from this experience for the future?

On this week’s Plan C Live, hosts Dale Dougherty of Make Community and Dorothy Jones-Davis of Nation of Makers speak with some of the innovators and collaborators who worked on the project, not only about what they and their colleagues and collaborators have achieved, but also what they think the future holds: Where do we go from here?

Register to join the conversation

Enrico Bassi is the Director of Open Dot, a Fab Lab in Milan. After graduating in Design & Engineering at Politecnico di Milano, he worked as Innovation designer in Milan and Miami for three years. He then coordinated the Fab Lab Italia, the first of its kind in Italy, and afterwards was Coordinator and President of Fab Lab Torino, a lab supported by Officine Arduino, the Italian branch of Arduino.

Kate Armstrong is the communications lead at Fab Lab Barcelona where she also articulates the community and communications of the Fab City Global Initiative. An Australian design and business management undergraduate, Kate has worked in both the public and private sector of the creative field in the Netherlands and Australia on campaigns concerned with community engagement and audience development for social amelioration.

Leyla Jafarmadar is is a Maker and works as the Communications Manager at HappyLab Wien, where she also shows people how to make their own ideas happen with 3D printing, laser cutting. and cnc milling machines.

André Rocha is an Adjunct Professor at Escola Superior de Educação de Lisboa (ESELx – IPL) and Fab Manager and Scientific Coordinator at Fab Lab Benfica. He is the Open Product Design lead at Creative Commons Portugal and a Senior Product and Interaction designer and founder at EVOL/LEVO. He started his career designing products with a group of Artisans in  Alentejo (Southern Portugal) and, somehow, in the middle of advertising agency work, trade fair stands, and big events in design and production discovered Arduino, processing, code, and a lot of things I came to admire, explore, use and research with and about. He is also pursuing a PhD in the UT Austin | Portugal Digital Media program where he’s researching Open Agriculture (GROUU/FarmLabs).