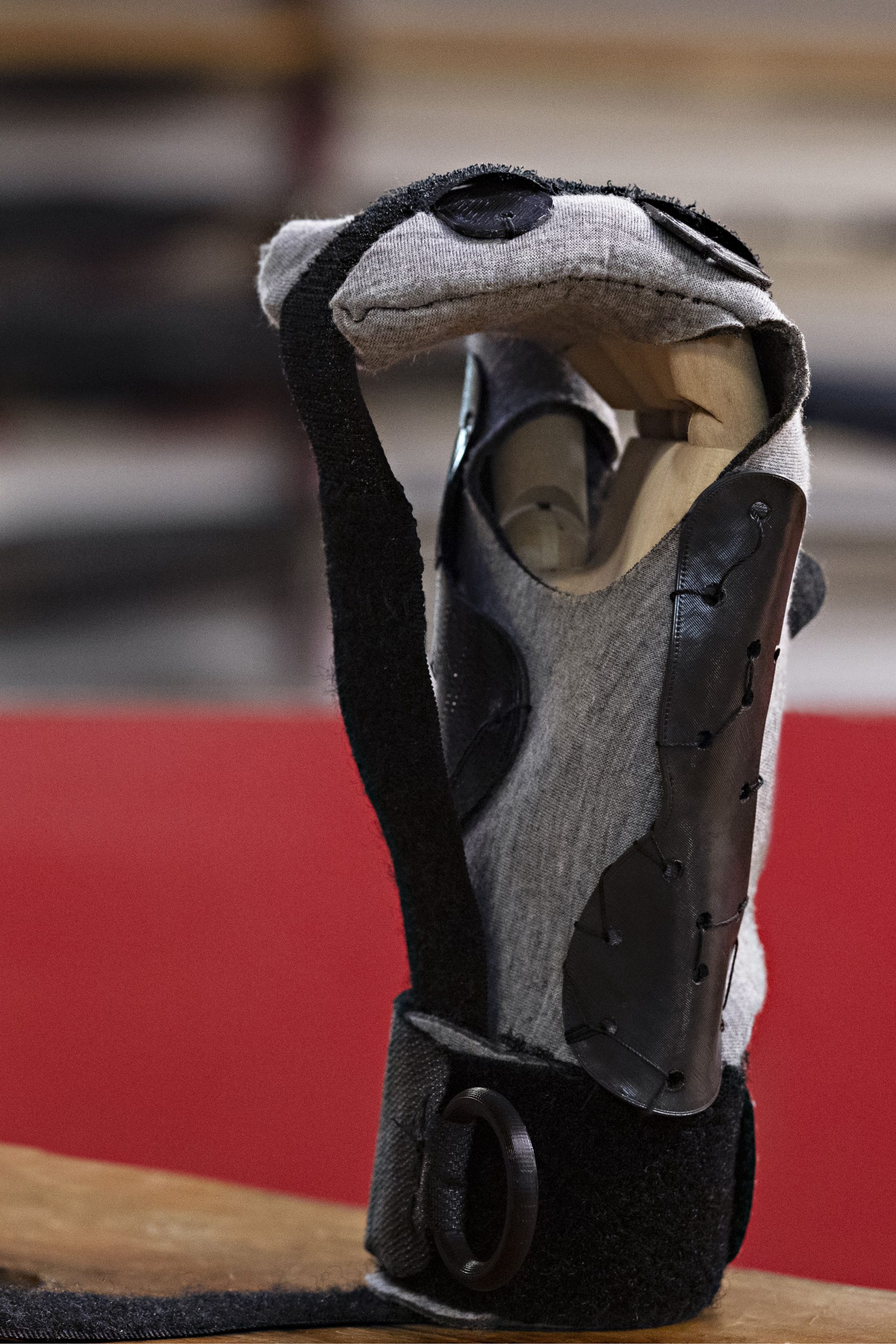 Row-Ro is a brace designed to allow Rosina, a girl suffering from incomplete quadriplegia to row.

Row-Ro was born during the Healthcare Summer School of Opendot in 2019 to give Rosina a product studied on her needs.

After the first working prototype obtained after two weeks, the project was continued to improve its characteristics. The second result was exhibited at Maker Faire 2019.

Both the prototypes consist of a partially open brace, obtained by a flat laser cut neoprene pattern, with rigid supports, 3d printed, which offer support to cut the wrist involving the thumb and part of the palm below the little finger.

The final closing system includes three velcro strips, at the ends of which there are three rings to simplify gripping.

The first band, turning around the wrist, allows the closure of the glove; the second one connects the two 3d printed components to fit better the brace to the hand and the last one, sewn on the upper part of the phalanges, offers the possibility of closing the fingers around an object.
The project is still evolving thanks to Rosina's advice.

The aim of the project from the beginning was to develop a solution based on Rosina's needs that could be adapted to the needs of other people in the future.

The project, extremely customizable, is analog and can be obtained with very short printing and laser cutting times. The first two developments involve the use of neoprene, velcro, and rigid 3d printed plates.

The choice of the printing filament as well as the partially elastic fabric can vary according to personal availability or choices with a lower environmental impact.

The first result of the Summer School was documented and made open-source on the Careables platform to reach as many people as possible.

The project is Open-Source; the reduced times of machine use make the whole tutor an absolutely affordable expense for anyone; the use of a semi-elastic fabric, common velcro strips, and a 3d filament are the only required elements that can vary according to your tastes and availability.

Row-Ro is a simple, low-cost project that can be improved with the sole aim of reaching as many people as possible. 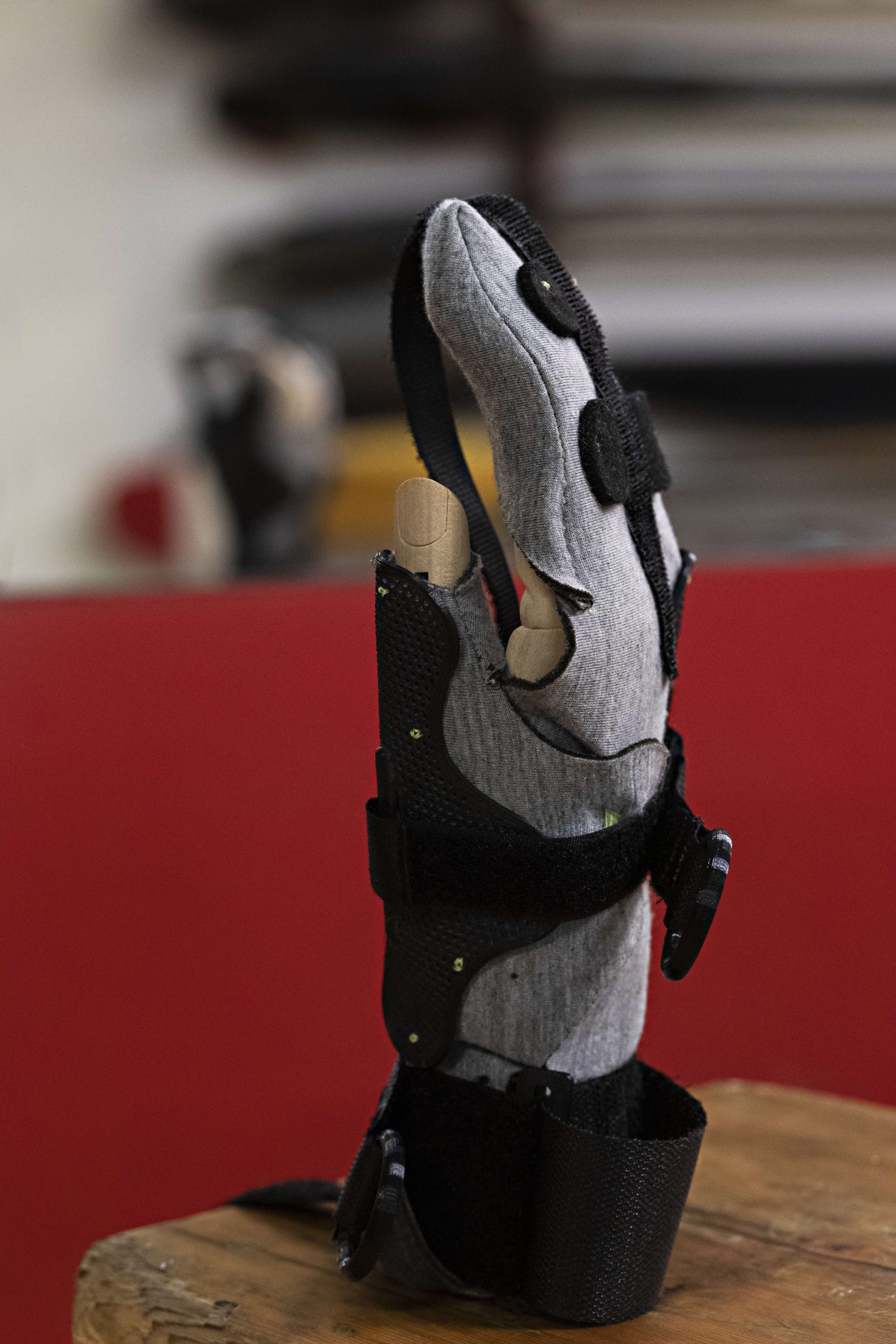