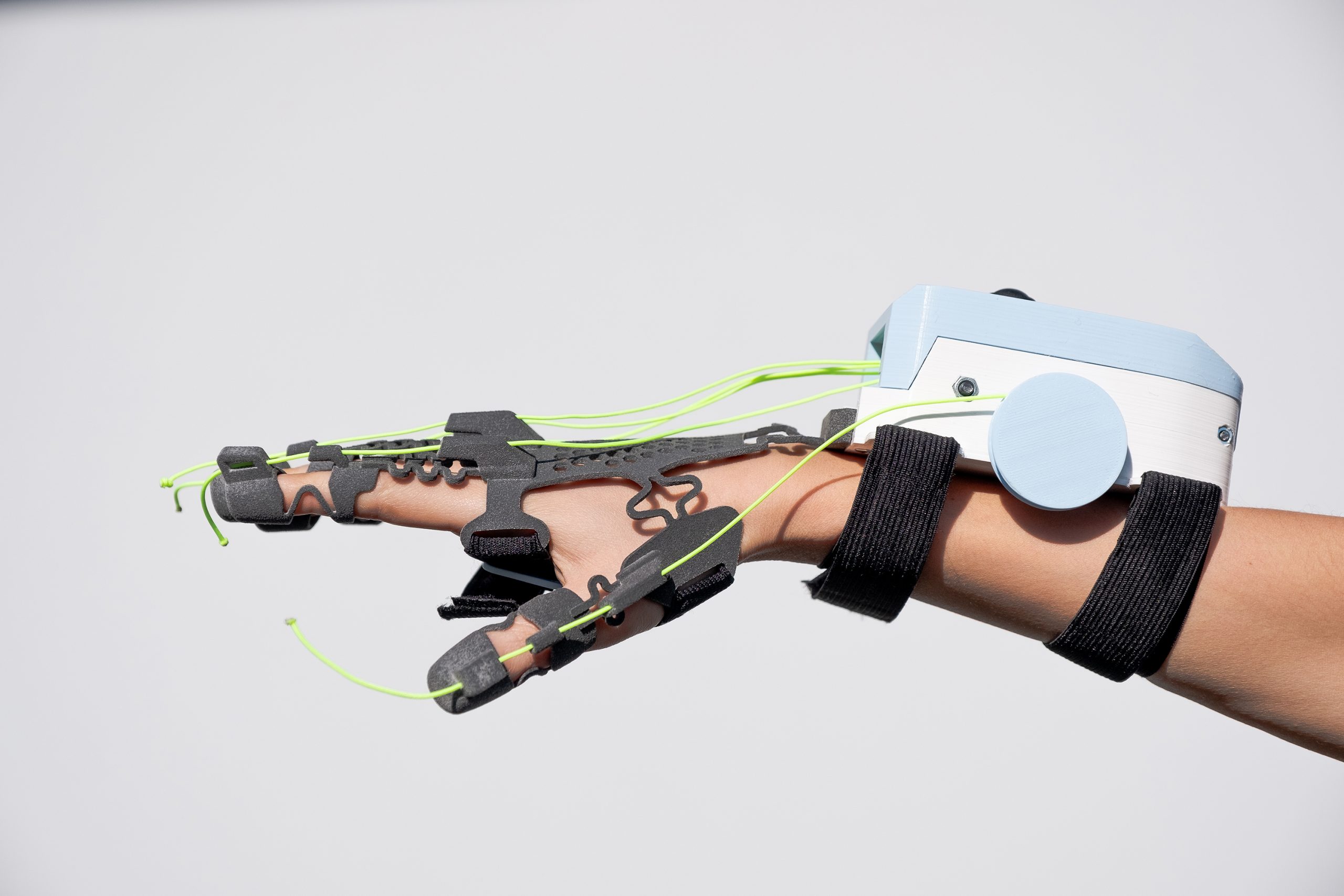 Nella is a robotic hand rehabilitation glove, which helps the user extend the hand.

Nella is a robotic glove that I designed inspired by my aunt Ornella, who has been hemiplegic for 7 years. She, like many other people in the world, must undergo hand rehabilitation every day, or in any case often, to be able to return to an independent life or at least partially.

I chose to design an open-source robotic glove because, after doing some research, I realized that it is an especially useful tool if used every day. It helps the patient to adhere to the therapy, even though it is rare to have it at home due to the high cost of the tools required. I have designing it to be easy to replicate and use. The movement is controlled by an arduino nano, to which a servomotor, a micromotor and a button are connected, with it the patient can control the movement which makes him feel an active part of the rehabilitation. The glove has a complex geometry. I chose to make it in TPU SLS printed, so that it remains semi-rigid. As for the compartment on the arm, I chose ABS in 3D printing

With my project I want to reach as many people as possible in the world and help them when they find themselves having to recover from problems related to the hand, which prevent them from having an independent life.

You can choose different materials, with the same physical characteristics, based on those that are considered more sustainable. In addition, it is a self-producing product, so you can choose the edition and implement it over time or according to your needs.

You can download the project on the welder for free. Here there is the link: https://www.welder.app/michela.gerbotto/nella.-.rehabilitation.glove/master/treeProgetto

With my project i want to promote more awerness of design as a tool for inclusion and also push my consumer towards tailor-made manufacturing, that helps him to be more aware of his consumption and a different way of producing. 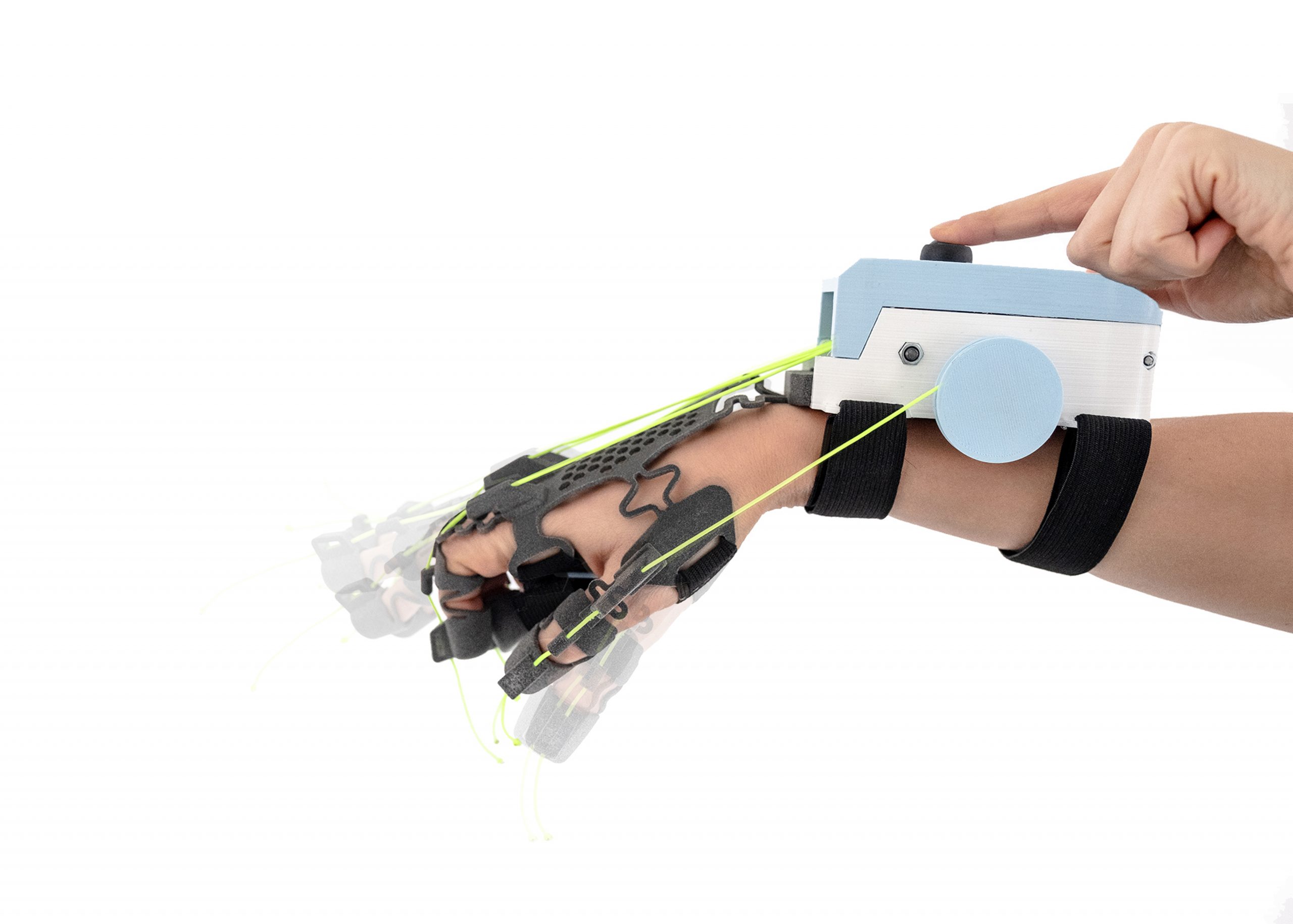 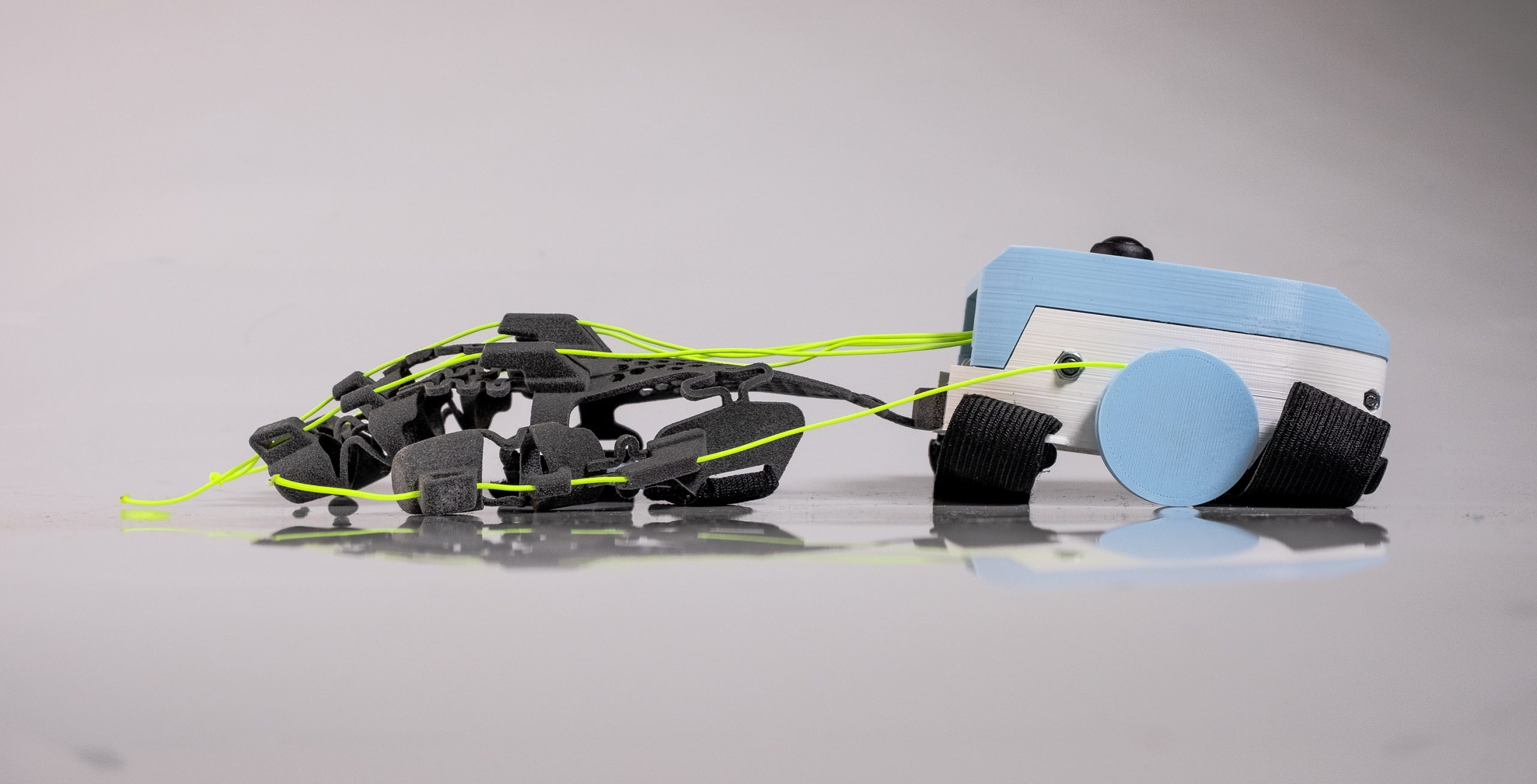