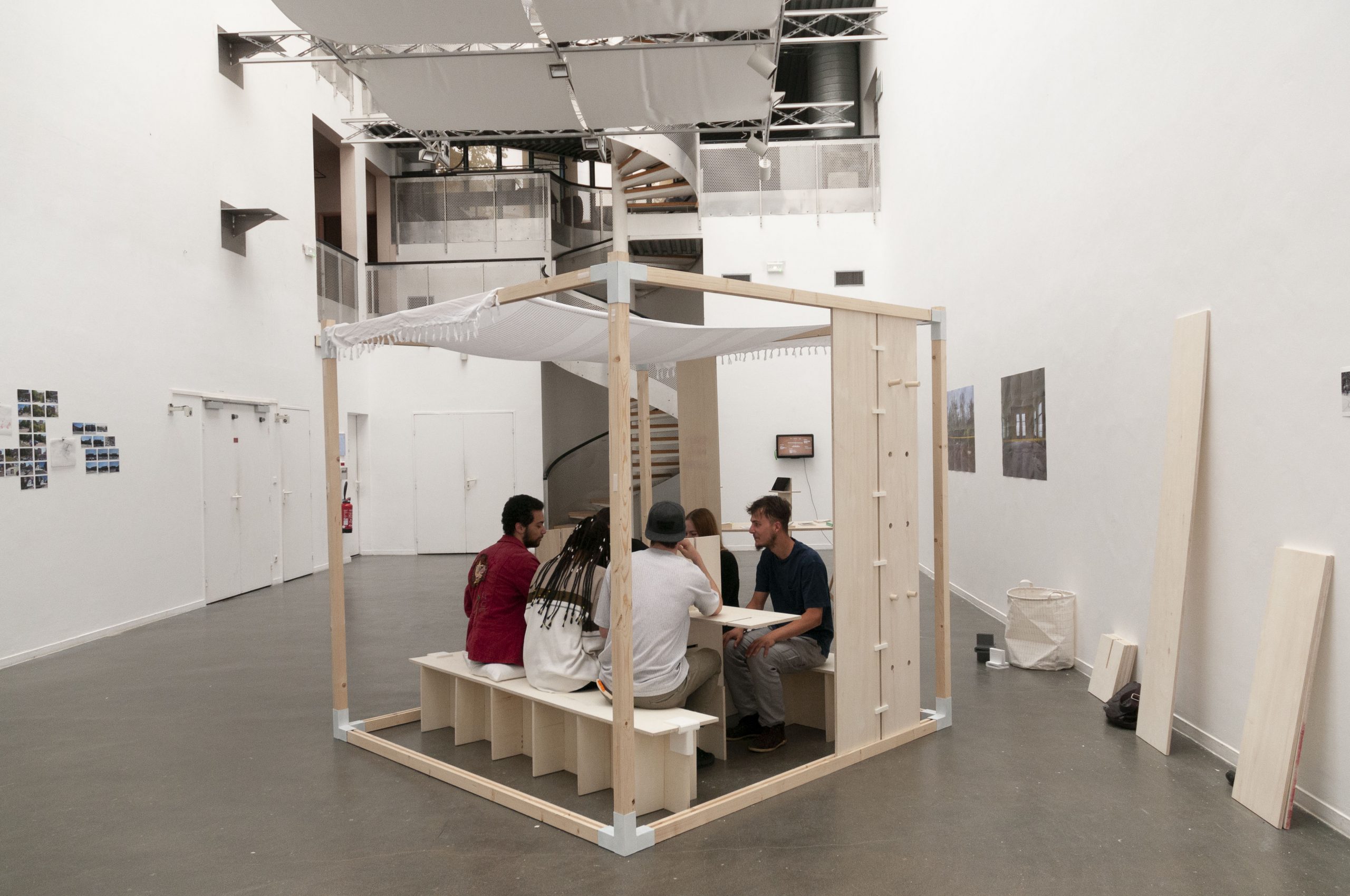 It’s a tool for initiation into the participatory urbanism in the post-soviet cities.

The goal was to design new scenes of debate, becoming a new way of temporary occupation of space. Installed in the heart of the city, in post-soviet neighborhoods or directly in public space, it would aim to create a dialogue between all stakeholders (residents, actors of change, professionals, city administration) and to invite the widest audience possible to create together, to share moments of exchange, to discuss the city and its possible transformations.
KUB is a wooden frame structure, filled with modular elements of the same size; by the way, its generic aspect comes from the non-standard design.
It integrates the principles of participatory, transitional and circular urbaanaism. As such, by the end of 2020 new configurations, materials and usage scenarios for CUBE will be developed, including for interior space. It will become an open design tool and releases its own open source library for those who want to appropriate, share, think and rethink together the city of tomorrow.

- Space for dialogue, self-expression, transformations and changes.
- Community involvement and interaction.
- Common/collaborative and participatory transformation of urban space.
- Mobility and animation of elements and modules.
- Adaptability to context and needs.
- Ease of assembly: you don’t need to be an architect or designer to assemble a structure.
- Involvement of local manufacturers/makers and resources.

- Mobility and animation of elements and modules.
- Adaptability to context and needs.
- Involvement of local manufacturers/makers and providers.
- Local and sustainable materials and possibility of recycled materials use (recycled wood, plastic, metal, glass).

- Common/collaborative and participatory transformation of urban space.
- Aims to become an open design tool and release its own open source library 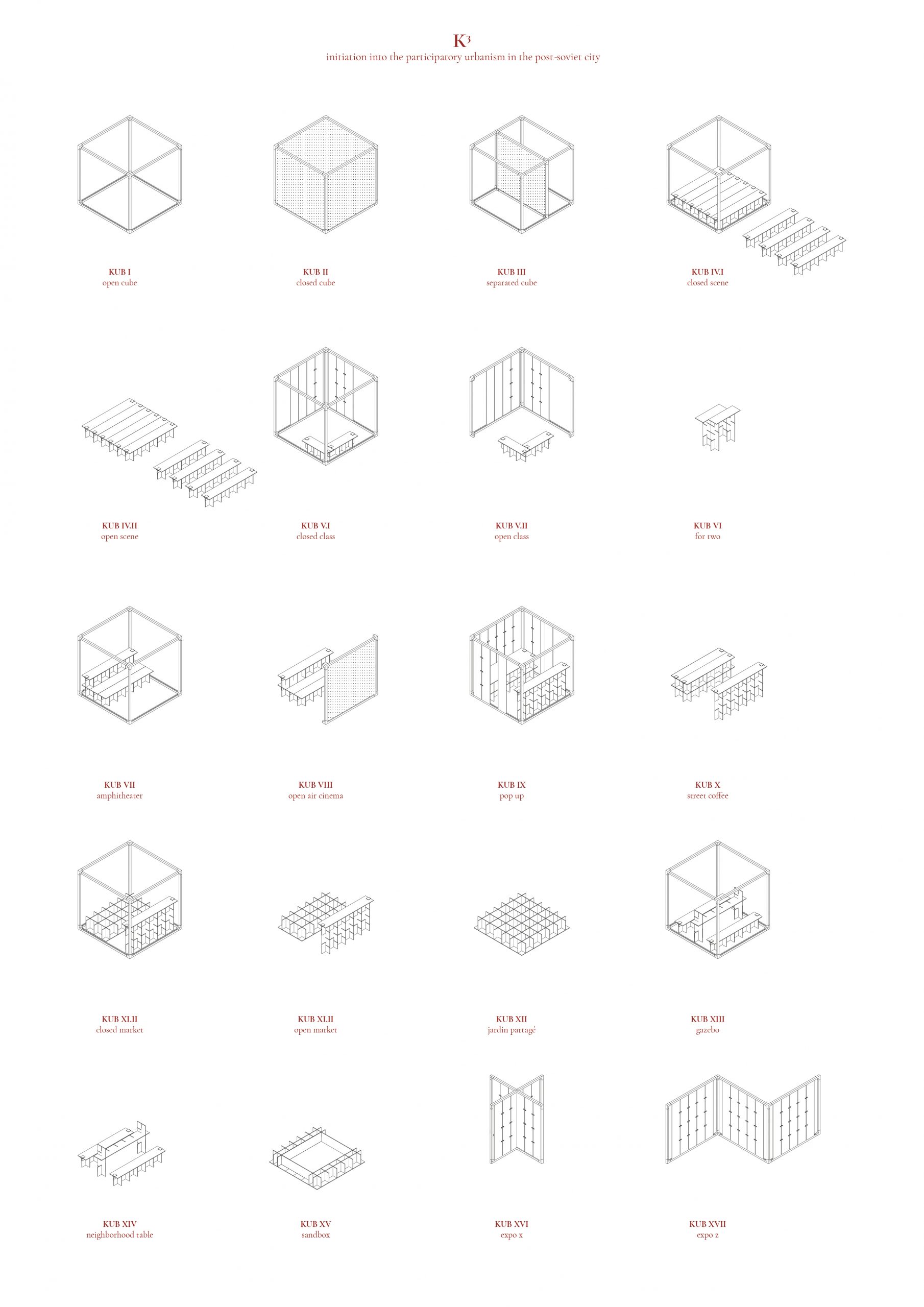