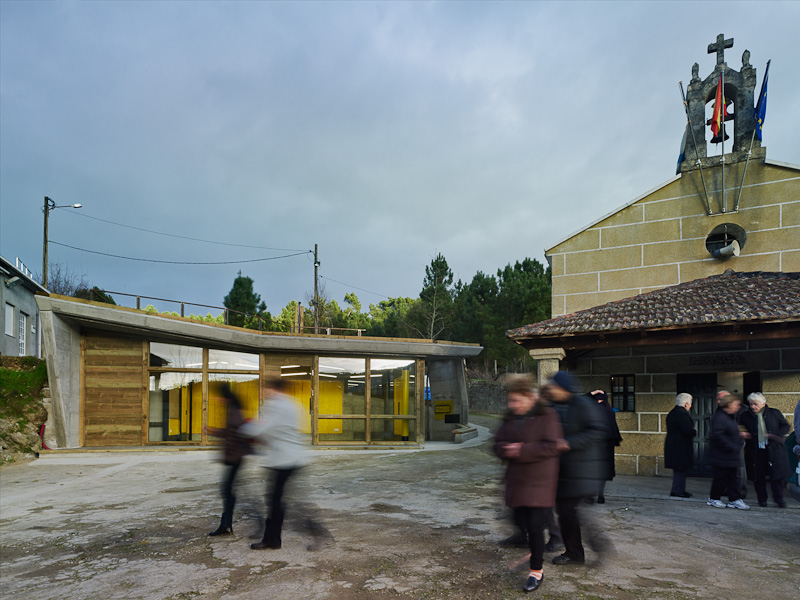 reappropriation of the public space, opening the views of the sustainable building to the valley

The intervention is proposed as an attempt to reappropriation of the public space, opening the views of the building from the upper part of the valley, as well as generating a public plaza-garden on the roof.
The central idea of the project is to give prominence to the church of Noallo de Abaixo, using as a strategy to create a benchmark at the municipal level, a building-plaza that articulates the environment of the place and function as a meeting node and social capacitor.
With the re-dimensioning of the building to be reformed, it is fundamentally that the church regains its leading role in the square, recovering the preponderance that it had originally in the duel of scales.
With regard to the garden cover, a flexible and polyvalent space is sought that, as a spontaneous and alternative occupation of the street, becomes a new option for the different groups, such as young people, women, children,etc.
It is intended to be a porous social container, recognizable by the community

User participation in all phases.
For the programmatic, aesthetic and material definition of the construction, a committee was created from the Noallo de Abaixo neighborhood association (which manages the building), the Castrelo de Miño city council (developer of the building) and the architects.
In the multiple meetings, the building to be executed was agreed, and that it should be a sustainable community partner node.
The development of all construction phases was carried out by local companies.
During the execution works, a participatory graffiti workshop was held, where the neighbors painted all the signs and logos. The mayor even participated leaving his mark with the spray paint.

Use of proximity construction systems.
In addition to the reuse of the formwork wooden panels in the interior cladding, using FSC / PEFC certified three-layer solid wood panels, an exterior carpentry system was developed from the catalog of Galician pine wood autoclaved passes its outdoor uses.
Through the use of ecological sleepers, trail decking, and ecological edge profiles, all the profiling required for exterior cladding is resolved.

_bioclimatic performance
The geometry of the ecological plant cover facilitates the collection of water for irrigation and the evacuation of rainwater in a natural way, as well as natural ventilation. The flight in the areas with the highest incidence of sunlight and the introduction of exonartex with the introduction of the tree as a vegetable brisoleil, mitigates the effect of sunlight in summer.
As for the plumbing installation, we opt for timed mechanisms and flow regulation in the toilet.
The sanitation network is separate, connecting the sink to the soapy water network, and the toilet to the sewage network.
For air conditioning, a biomass stove located in the center of the common room is used, 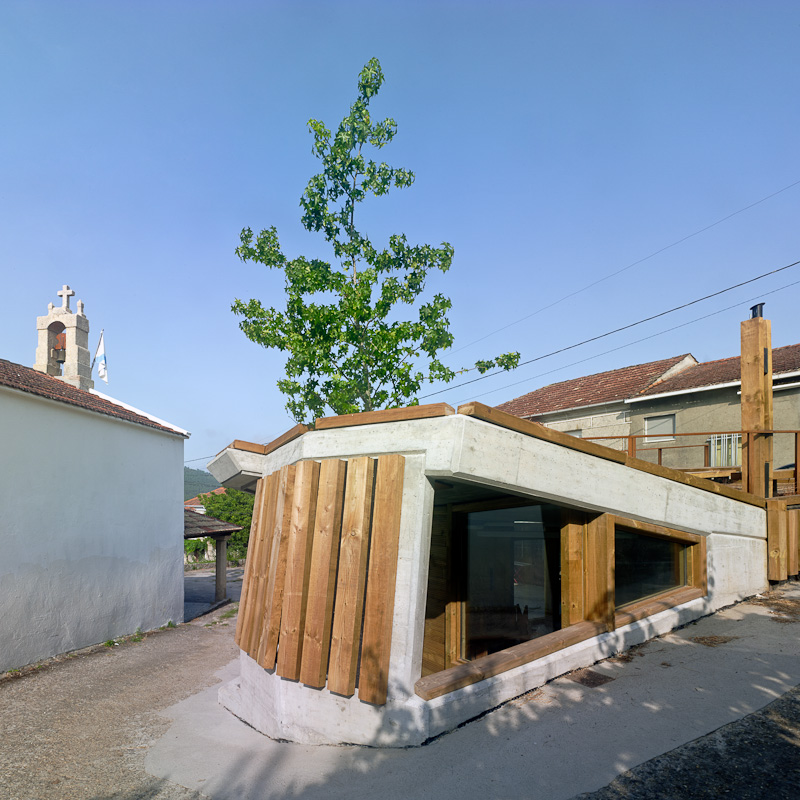 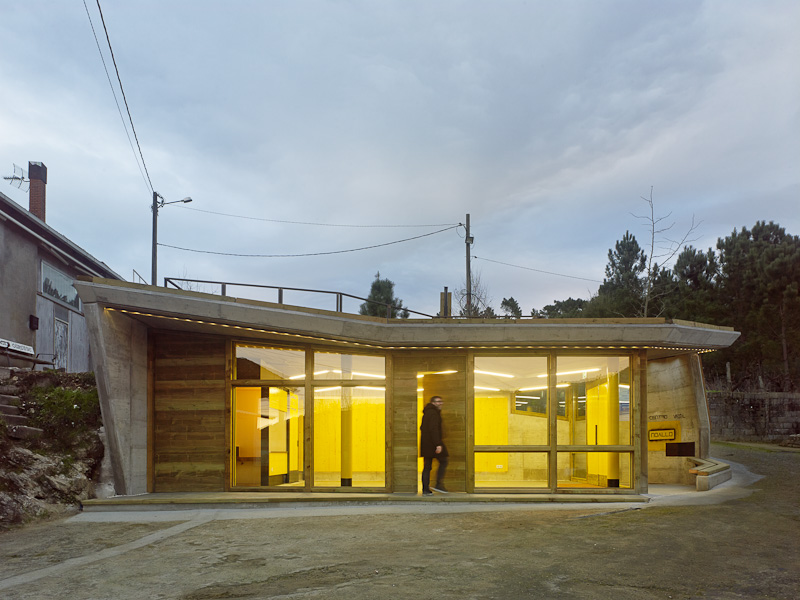